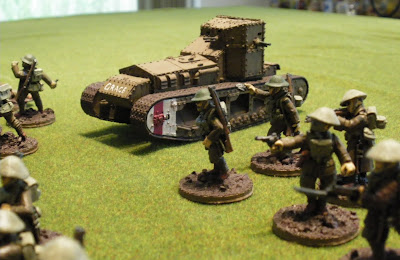 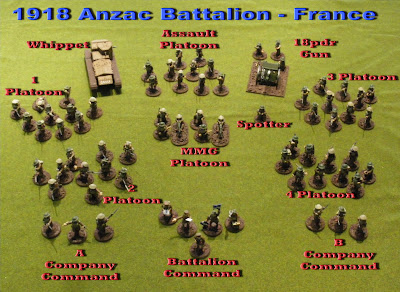 My Western Front WWI project is now finished. I have completed my 1000 point 1918 Australian Battalion for Warhamer Historicals The Great War. 71 figures, one gun and one light tank. It took 18 months to complete. All figures and the 18pdr Gun are 28mm Great War Miniatures. The Whippet tank is from Brigade Games. I bought the rules, made a 1000 point legal army on paper, stuck to the plan and finished it. The army is an all round balanced unit built to have a bit of attacking power and a bit of defensive power. If you click on the pics they get bigger.
Cheers
Paul 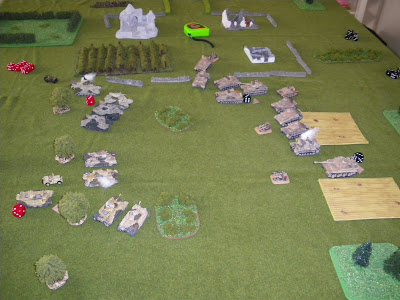 The British confront the Germans in a massed tank battle. 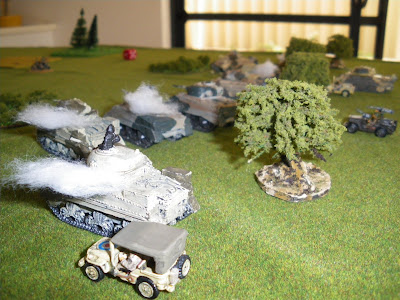 The British are not feeling too happy. 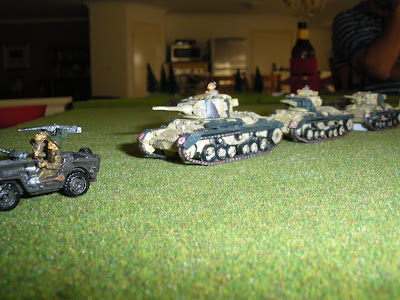 The Valentine formation making a run for it after the British reach Breakpoint and fail the CO's Command Roll. 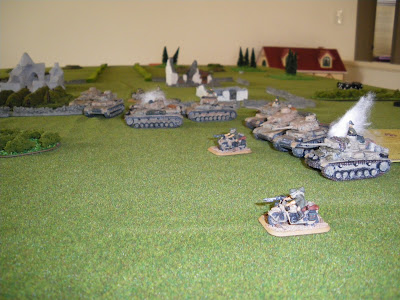 The victorious Germans sweep across the battlefield.
My good buddy Godfrey came over today for a test game of Blitzkrieg Commander. I bought a new shinny copy of the rules a couple of weeks ago because they use the same command and control system as Black Powder.
We dusted off our old 15mm armies. None of which has seen the light of day since about 2006 when we last played Flames of War. To keep things simple we both fielded three tank formations. I was the Brits, Godfrey was the Germans. We picked up the gist of the rules fairly quickly and had a grand old battle which lasted about 2 hours. The British lost because the German tanks where too tough to crack. I can't wait to have another game. Next time we will add some infantry. Blitzkrieg Commander is a really good game. 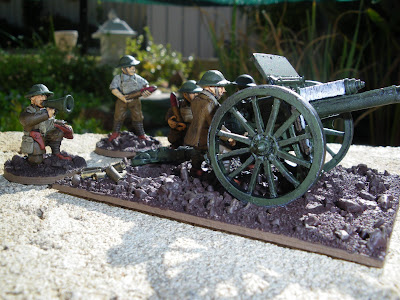 My 1000 pt "The Great War" Anzac Army is now complete. I quickly painted up the artillery support which is an 18pdr Gun with five crew for a cost of 85 army points. Next mission is to photograph the whole army for the blog. Figures and gun are 28mm Great War Miniatures.
Posted by Beccas at 8:56 AM 1 comment: 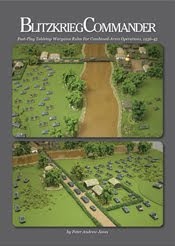 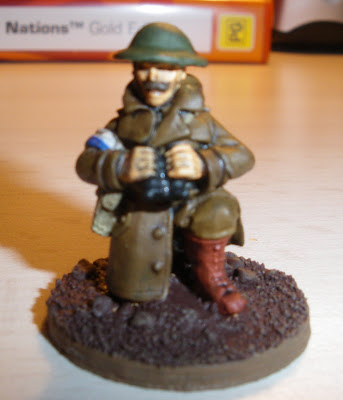 It has taken me one month to paint one figure. This figure is my spotter for my artillery battery (yet to be painted). It's been a long hot summer which I am blaming for my laziness. No rain for two months, most days averaging 35'c+ and three days in a row of over 40'c makes it hard to paint. Thanks for air conditioning, icy poles, the couch and war movies. It's so hot that when I open my vallejo paint bottles the paint spews out like a volcano. Figure is from Great War Miniatures - 28mm.
Posted by Beccas at 8:29 PM 4 comments: