I have now finished my Waffen SS Panzergrenadier platoon for Disposable Heroes. As with all my Disposable Heroes platoons I build two sections (incorrectly labeled above as platoons - opps), plus command and support. Support usually consists of a mortar, HMG and some AT capability. My core NCO's are armed with Assault Rifles so I had to paint an extra 5 NCO's with MP40's. That way I can swap and change depending upon the theatre of war. In the future I would like to add a scout team with a 250/1 halftrack for transport. And maybe some 251 halftracks for the troops. But that will be a long, long time away. All figures and vehicle above are 28mm Bolt Action Miniatures. Except one. The gunner on the back of the Schwimmwagen is from Company B Miniatures.

Next on the painting table I have some half finished WWII Australians. Once they are done it's full steam ahead with Dystopian Wars.
Posted by Beccas at 9:25 AM 16 comments: 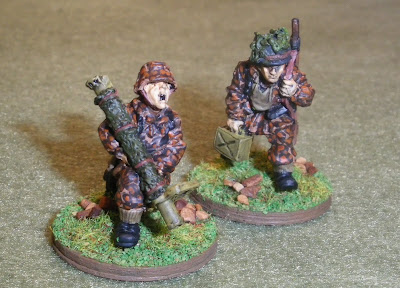 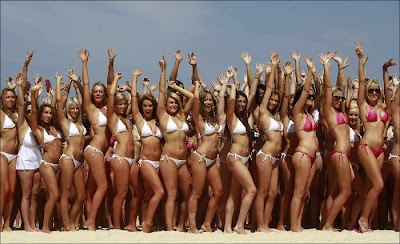 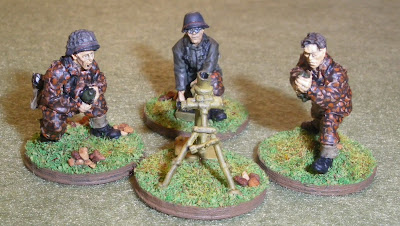 Next up is the SS Mortar Team. These figures figures are 28mm Bolt Action Miniatures. 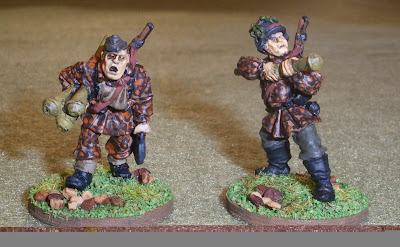 Been doing a wee bit of painting lately. Mainly finishing off odds and ends so I can start my Empire Fleet. First off I had to finish my Disposable Heroes SS platoon. Which I did do and I will show some pics over the next few days. First off is the anti-tank team. These lads are armed to the teeth with Panzerfausts and mines. I am a bit disappointed with the flesh. Figures are 28mm from Bolt Action Miniatures.

Guido and me were based at this place for four years and it was during this time I became a wargamer. Guido was hiding in a back office painting his soldiers one day and I said "whats that?" The rest is history and I went from hero to nerd in 60 seconds. I had no Internet. All model buying was by paper catalogue and snail mail. Never heard of GW either. This is real Australia. 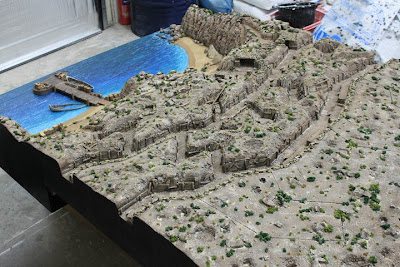 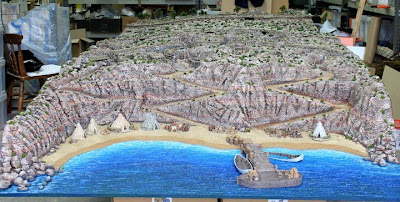 Anzac Cove, Gallipoli 1915, 28mm terrain table. Table made for Salute 2011 by Battlefront/Wargames Illustrated. They are putting on a Battle of Lone Pine demo game.
Guido, build one.
Posted by Beccas at 12:33 PM 15 comments: 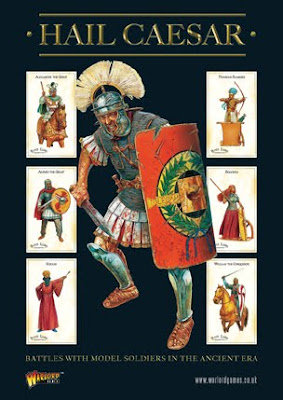 Hail Caesar is now available for pre-order from Warlord Games. 30 British pounds, free postage, and a free figure of that Centurion on the front cover. Book is due for release early April. I ordered mine.
http://www.warlordgames.co.uk/
Posted by Beccas at 9:37 AM 7 comments: 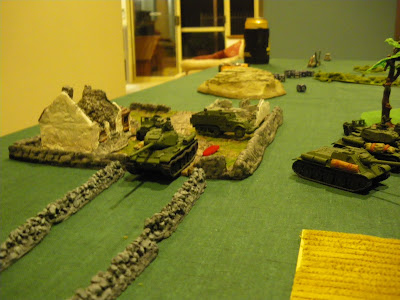 On Friday night I travelled to Godders house to play a game of Blitzkrieg Commander. It was a 1000 point meeting engagement with new forces. I was the Germans and Godders was the Russians. We are both building up to 2000 point armoured battlegroups for the very late war period. This is not much of an after action report because I got tabled after six turns. Tabled means I lost all my units and Godders lost none. I was thoroughly beaten down and humiliated, Hero unit of the battle, a Russian Katyusha Rocket launching truck (unpainted!!). Godders got all his forward observer command roles in. Constantly suppressed my units and maneuvered his formations into positions that offered him cover and good fields of fire. Artillery is king of the battlefield. Good win to Godders. 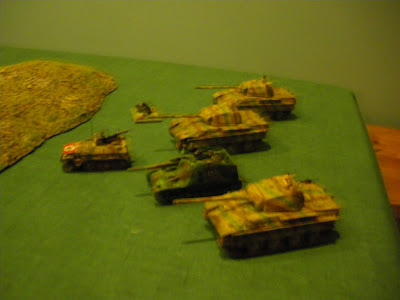 My 1000 point Germans. (Sorry about the crappy photos) 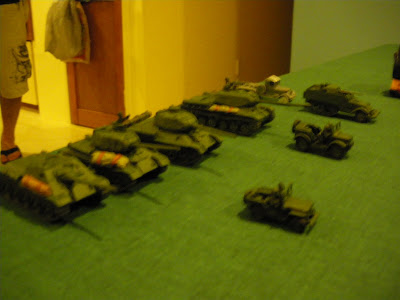 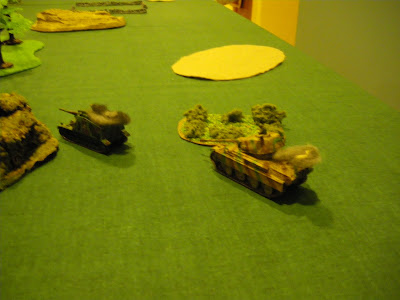 An example of my units in flames.
Posted by Beccas at 9:44 AM 3 comments: 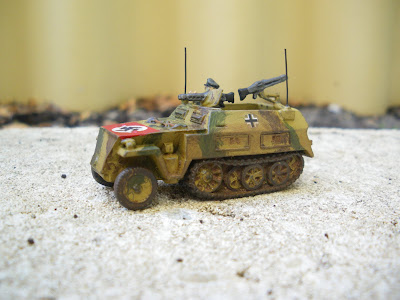 I actually painted something. I had to get out of my slumber. Perth is in it's hottest recorded summer and boy is it hot. Even at night. Painting is hard work. I painted up this 15mm Sd.Kfz. 250/1 Halftrack. This little fellow will be a Blitzkrieg Commander HQ leading a Panther formation. He will be in his first battle tonight against the Soviets. Vehicle is 15mm Battlefront.
Posted by Beccas at 3:41 PM 15 comments: 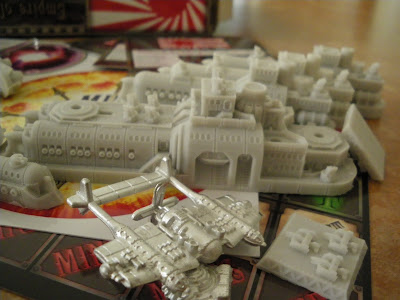 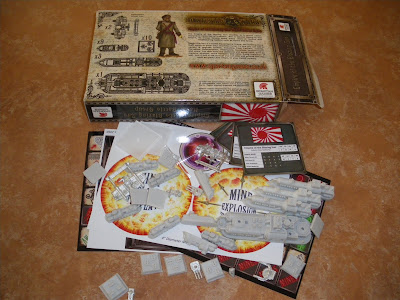 I finally got my Empire of the Sun starter fleet for Dystopian Wars. A box full of goodness. I am about to clean and prime. I can't wait to paint these babies. I am thinking a traditional Japanese Navy dark grey. Probably won't do cam. The heavy bombers in green and the fighters in cream like WWII zeros.
Posted by Beccas at 1:49 PM 7 comments: